Book Launch for "Wild Rescuers: Expedition on the Tundra" (Book 3) by StacyPlays 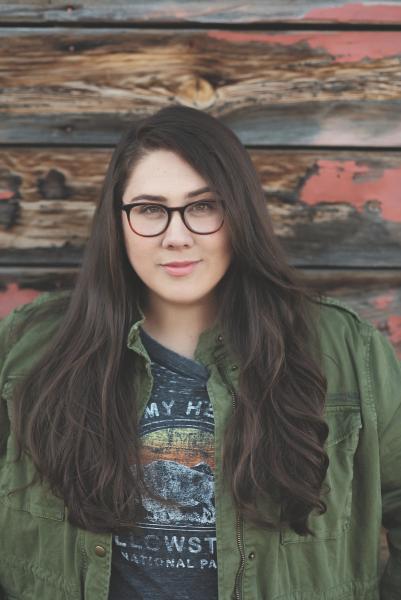 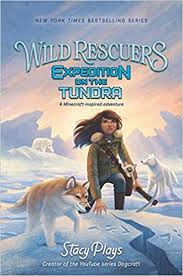 The Book Bungalow is proud to host YouTube superstar, StacyPlays, as she launches her third installment in her Minecraft-inspired fantasy adventure series, Wild Rescuers: Expedition on the Tundra right here in downtown St. George!!!

In Book 3, Stacy is determined to uncover the truth about the special abilities of the wolf pack that raised her.

Stacy always knew that these wolves were special. Normal wolf packs don't free hedgehogs from traps or bake pumpkin pies for adopted children. But ever since Basil recovered from getting struck by lightning, Stacy's wolves have become something even more--they have become supernaturally special. Each has their own unique ability--breathing underwater, running impossibly fast, healing wounds, and more--but how?

Determined to find the answer, Stacy leads the pack north toward their arctic ancestors. But the harsh tundra biome pushes the pack to its limits--especially because Stacy is still determined to rescue animals in need that they meet along the way. Can the pack make it in this frozen environment long enough to discover the truth? And is Stacy prepared for what the truth actually is?

The friendship and high-stakes adventure continue in this third installment of the Minecraft-inspired series based on Stacy's YouTube channel. Join the wolf pack for more daring animal rescues and a quest to unravel a mystery that will take the pack far beyond the world they know.

Stacy Hinojosa, better known as StacyPlays on the Internet, holds a Bachelor of Arts in journalism from Brigham Young University and spent several years as a website editor and celebrity interviewer before she was introduced to Minecraft in 2012. She immediately fell in love with telling stories through video games and began posting them to YouTube. Her imaginative building series and fun-filled adventures with her wolf pack earned her a loyal audience of over 2 million subscribers and more than a billion total views. When she's not visiting Minecraft biomes in real life around the world, Stacy splits her time between the mountains of northern Utah and the desert in southern Utah with her dog, Molly, and her cats, Milquetoast and Pipsqueak (all rescued by her, of course). Visit her at www.shopstacyplays.com.

We are also carrying copies of Books 1 and 2 in the series, but if we happen to be sold out, don't hesitate to special order through us.

If you are planning on attending, please stop by to sign up or call the store at 435-619-8200. There will be no fee other than the purchase of her new book. Depending on the number of reservations, we may have to hold the event outside in the Green Gate Village Courtyard.

Every First Friday of the month from March through October, we are open until 10 pm as a part of "Street Fest."

Evening Events, when scheduled, generally run from 7 pm to 8:30 pm.