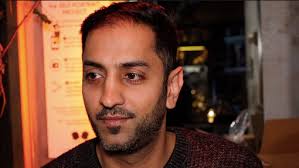 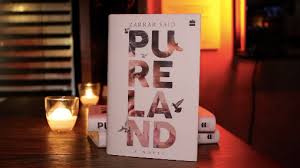 In Zarrar Said's debut novel, Pureland, an assassin, accused of heinous acts of terror, begins his testimony by claiming responsibility for the murder of the Nobel Prize winning physicist, Salim Agha.

To explain his motive, he begins by telling Salim’s story and the tragic relationship he had with his beloved nation, Pureland. Full of fascinating mysticism, Salim's life commences with a prophecy from a levitating saint: he was destined for greatness from the start. But he is born into poverty in a feudal village and the prophecy begins to fade. His life takes a turn when his landlord, General Khan, sees something special in the boy and promises to enroll him in a prestigious school in the city. Salim’s journey is never an easy one as he is hindered by conniving servants, General Khan’s evil mother, and his internal struggle with identity. He also falls in love with Khan’s daughter, Laila, who becomes his muse as well as his curse. A beloved so powerful that he vows to do anything to win her heart. She becomes the embodiment of everything he is destined to achieve.

Everything starts to crumble when, in an accidental act to impress his landlord, Salim inadvertently contributes to a coup d'état that derails his nation. He manages to leave for New York in order to stand on equal footing with his landlord and win over his beloved. But over the years in exile, Pureland is taken over by the Caliphate and remorse leads Salim to try and undo this wrong - and in doing so he creates vicious enemies who vie to slay him. One such enemy is the narrator himself.

Inspired by the true tragic story of Pakistan’s only Nobel Prize winning physicist, Zarrar Said's novel Pureland is a tour-de-force debut about a nation that has lost its way, its people who suffer from unspeakable tyranny, and a remorseful hero whose legacy has been wiped out by hatred.

REGISTER FOR THE VIRTUAL EVENT HERE. ORDER THE BOOK BELOW.

Zarrar Said was born in Lahore and spent his childhood between Dubai and the US. His debut novel, Pureland, drew immediate attention worldwide, deeming it a "gripping read" (Forbes) which was "along the lines of Midnight's Children" (The Hindu). Zarrar believes that societies suffer from the prejudices that they keep and Pureland is one such story that has been lost due to hatred. His writing embodies themes of lost homelands, class discrimination, and dogmatic politics. Zarrar currently works and lives in New York City with his seven-year-old son.